The Canard 2FL is a canard rigid-wing model developed in the late 1970s or early 1980s in Europe by Avifiber (Dipl. Ing. Hans U. Farner). 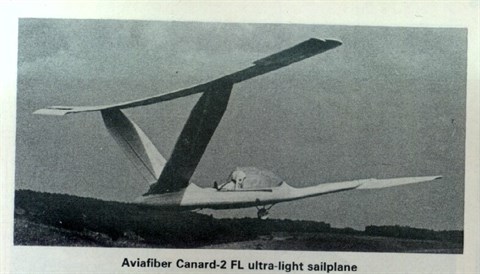 It had fiberglass construction with 3-axis controls, bomb-bay doors for the pilot's feet, and good performance. Its planform may have inspired the later ultralight design, the Goldwing. I don't have more information at the present, nor pictures. If you can help, please send me any information you have.

I was looking to buy one of these wings back in 1984. I was living in Scotland at that time and was interested in flying wave so I was looking for a foot launchable glider with higher usable airspeed. I came across the Canard in "Jane's All The World's Aircraft 1982-83" (the sailplane version is featured in the 83-84 issue) and contacted the factory for information. I was told they were no longer for sale but I made a trip to Switzerland anyway to try and talk them into selling one of the remaining 4 gliders.

If my memory serves me correctly the developer of the Canard, Dipl-Ing Hans Farner was a university professor. He was killed test flying the Canard after a small number were sold. The business promoter (H. Bucher) decided to buy back all the gliders after the accident and then redesign and re-release the Canard as a sailplane. I was unsuccessful in buying one of the repurchased gliders out of fear that another accident would give the sailplane a bad name. I saw the moulds and discussed the design with someone at the shop in the small town of Wald not too far from Zurich. I believe the test flights of the Canard took place in Vaduz.

If you check out the 1982-83 edition of Jane's, you should be able to complete your missing specifications plus get some illustrations. That was my source and I have since lost the photocopy of the page. I recall the specs were awesome with exceptional glide and top end.

The accident that claimed the designer's life was due to over-control of pitch. The pilot strapped into a doly that pivoted flat after takeoff (pilot stood with body through bomb-bay doors). The doly slid forward and aft on rollers and changed the CG to control pitch. The designer ended up over-controlling and fell out of the final pull-up upside down. I don't know why they didn't elect to go 100% 3-axis especially since this wing had a forward canard ideally suited for pitch control

.
I recall getting the details of the accident while in Vaduz test flying a Sierra hang glider I subsequently bought when I couldn't get a Canard. I think they used a bungee assist for the foot launch. The weight was close to 100 lbs. so it was a tad heavy by today's standards. But, the performance was clearly in the realm of sailplanes.

If I could get a hold of one of the orignal wings I would still be intersted in modifying it for foot launch.

More details on the craft, from Brett Snellgrove on December 31, 1999:

"Here's all the stuff on the Avifiber Canard I had (in other words I found two old photocopied pages from the popular Mechanics article), even the old copies show this to be a beautiful, truly amazing aircraft. Here's a summary of the high points of the article from the July 1978 edition of Popular Mechanics ...(snip)... Unfortunately the box with the specs outline was cut-off in the photocopy so I got these from the body of the text.

Roll: via semi-detached ailerons, and all moving canard twist plus or minus 5 degrees on glider's longitudinal axis. Pitch: via weight shift, the pilot rotated prone on a stomach board that slides fore and aft 80 cm (32 inches). Pilot weight at launch supported on shoulder straps. Glide Path: via air brake spoilers in V pylons giving a sink rate of 0.6 m/s (120 fpm).

Pylons (two "V" wings) attach a high wing at the mid-point of the span on both sides - positioning the main wing out of the flow of the canard. The canard did not hinge in the horizontal axis to produce pitching moments as convention dictates, but rather twisted about the glider's longitudinal axis to control adverse yaw, thus stall was impossible (unacellerated), and Vne could not be exceeded even by deliberate pilot action. The canard was positioned out front of a fully canopied pilot pod via a slender extension. After launch, doors under the pilot were closed, the pilot rotated prone and the rear canopy half was closed. The craft could be landed on skids or the pilot could rotate back to foot land.

At first the claim of 35:1 seemed excessive but consider this, Farner had Lockhead as his client. The joined wing concept allowed an effective span of the main wing plus the pylons of around 65 feet, without the tip drag induced by the vortices of biwings. The pilot was fully prone in flight and COMPLETELY enclosed in a streamlined canopy and fuselage. Perhaps 35:1 was a stretch but 30:1 sounds reasonable given the performance of the faired Swift.

This makes modern rigids look a little less technically sophisticated given the 2FL concept is over 20 years old!! I don't know why they didn't become more popular (probably the same reason other rigids at the time couldn't compete with flex wings - people just weren't ready for them) but if ever there was a time to reintroduce this design its now. I'm sure with modern folding rib designs and composite materials it could be made significantly lighter and more easily transportable. I only wish I'd bought one when I had the chance..." 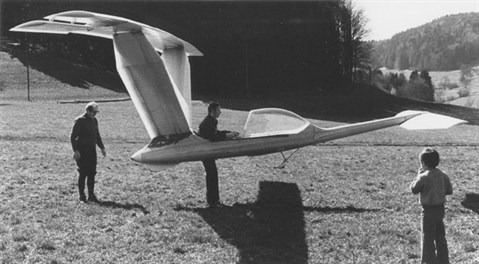 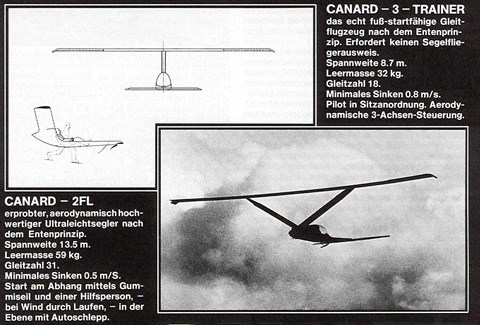 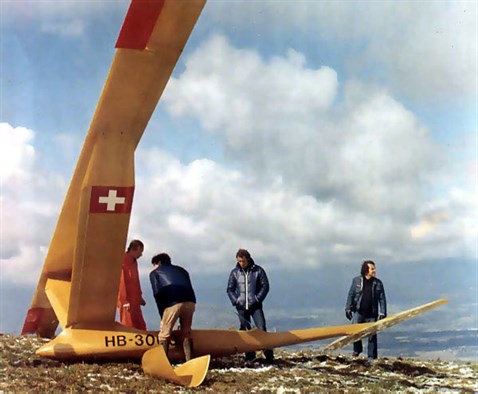 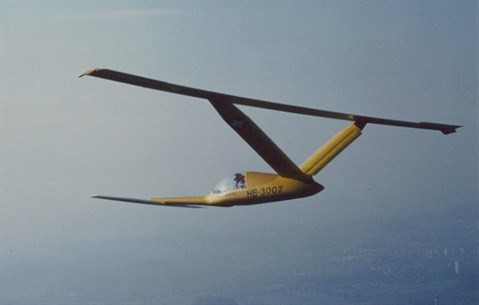 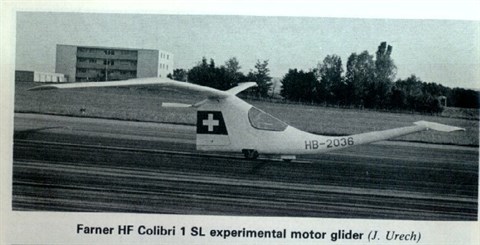