Predrag Devic and his team made a new proposal for the fuselage. It was based on the fact that: 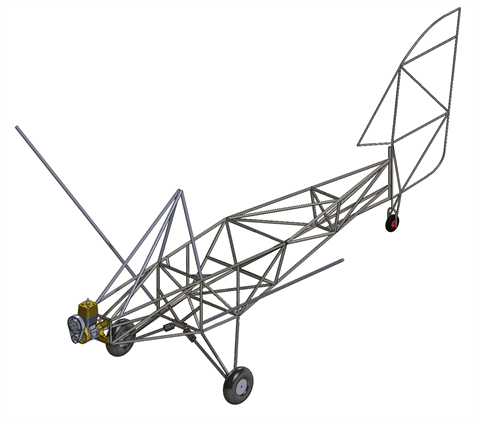 This is the later edition of this proposal with higher fuselage. But it gives a good view on the basic design of the second proposal. Some tubes are still missing in this 3D.

From the start i did like this one. I just needed to test the seat. So ...a new mock up was made. 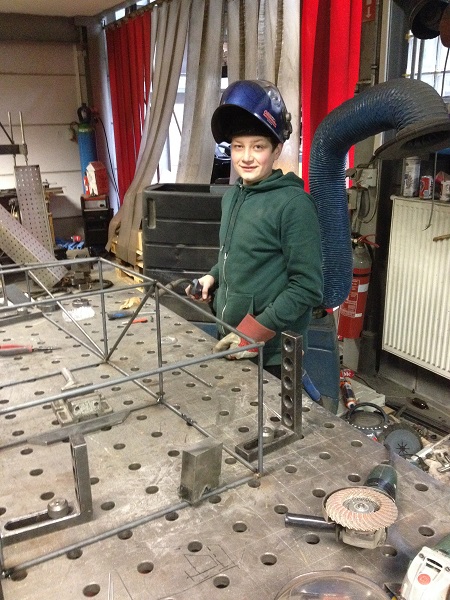 My son Jonathan helped me with the making of the mock up. It was his first welding experience. He did not bad at all. Proud father.  :) 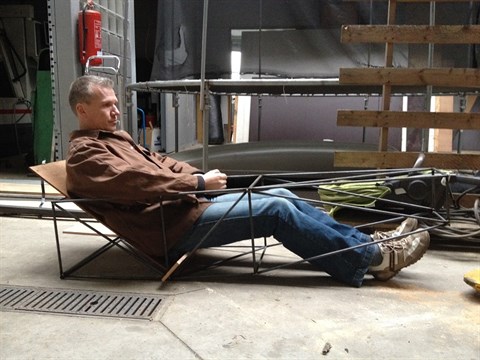 Testing the new mock up. It was a better feeling inside this one. Ok, that crosstube at the knees was again very close. It was not easy to slide into the seat with my long legs. But making the fuselage 5 cm higher would probably help. It felt like there would be two possible ways to install the control stick. A central one between the legs and a side stick on top of that side tube where my arm is resting now. The design of that side stick i developed myself can be used for both positions. It is a easy thing to make and totally interference free.  :) 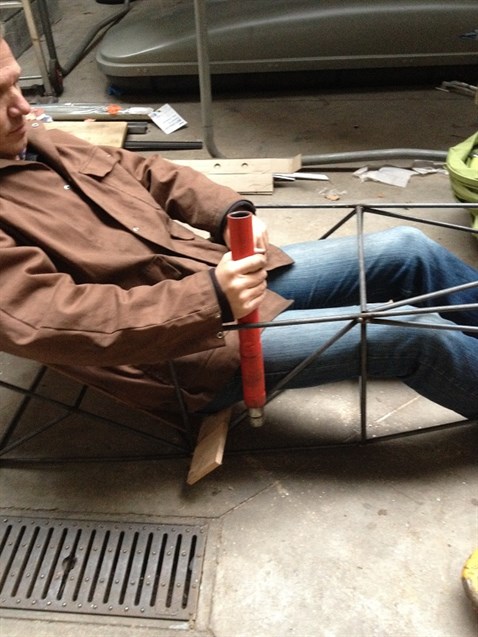 Testing the position of a side stick. The side stick should be angled inwards because the hand has more the ability to turn to the left than to the right. Just test it in your arm chair at home. 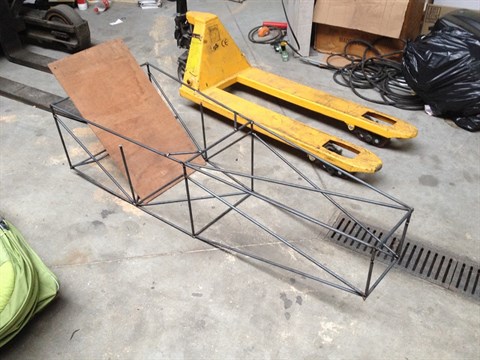 I added 5cm in height after i was told that it would not make the rigidity worse. This quick made alternation was just to test the getting in and out of the fuselage. If that would be better i would use this design for sure. 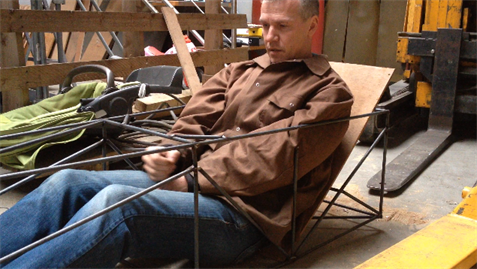