Hanggliders are commonly known seen in the neighborhood of mountains or hills or dunes. But ...what if you live where such things are not to be found? Can you forget your access to the less expensive air sport called hanggliding? No! You can use a FLPHG. You take off, get to soaring heights, cut the power and ...be like a bird.

Running with a engine behind you 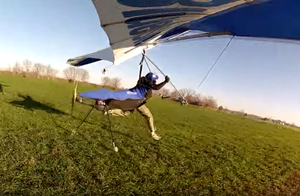 "Some hanggliders are weighting already a lot and now you strap a engine on your back!" This remark is been said many times. But it really is not a problem. The weight of the engine is being supported by those legs at the rear. You only support the wing while running. Once you start running, the wing begins to lift and you feel less and less weight of the wing. 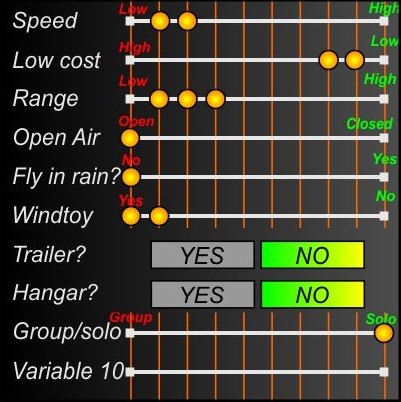 To my knowledge there are very little amount of factory built FLPHG. There are a few where the pilot lays on its belly (prone position) and the no-longer in production Doodle Bug. You can see the Mosquito and the Doodle Bug in the videos at the bottom. The Doodle Bug has his pilot in seating position during flight. You can make longer hours in the air in this more comfortable position. But you had to do a lot of actions before being able to sit. Maybe its reason for disappearing. Any more info is welcome. The third video tells a lot about the difference between the prone position and the seated position. 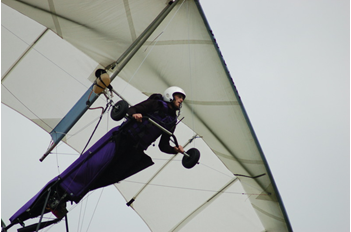 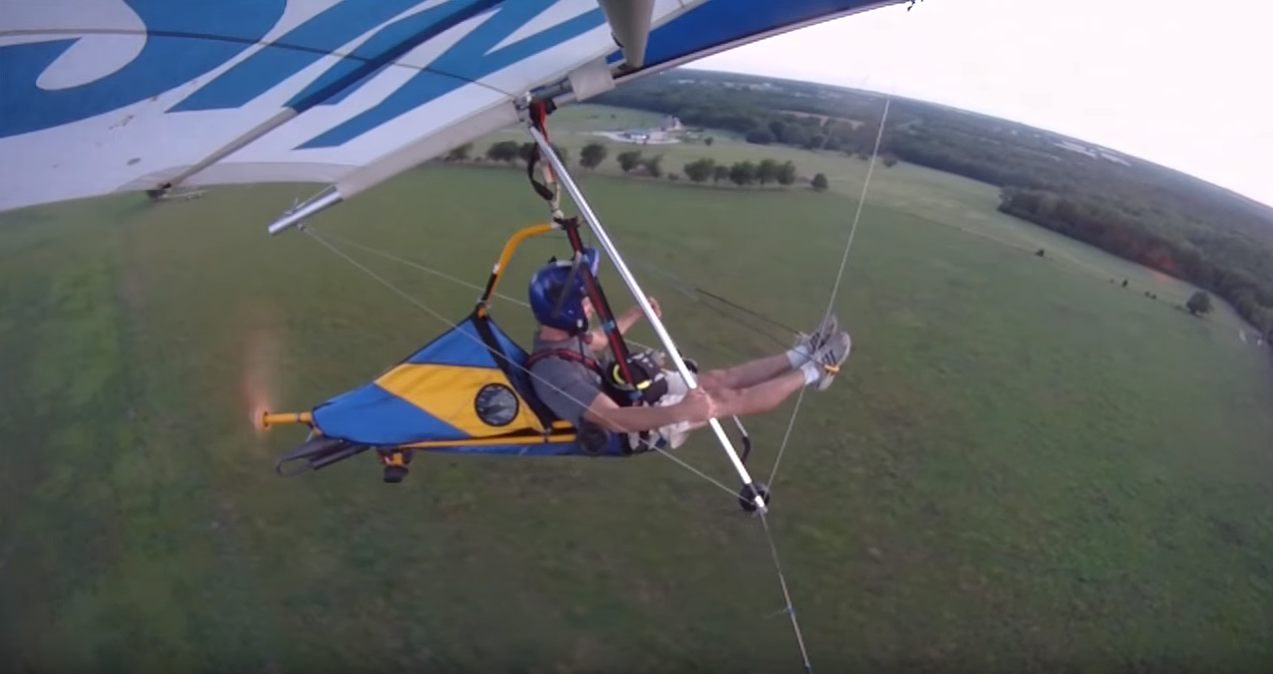 Bottom: Doodle Bug (no longer in production) with pilot in seated position. If you can soar for hours, you can sit like this for hours too. 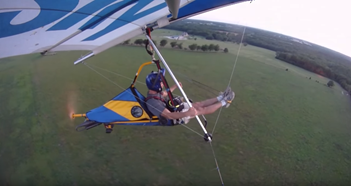 There are guys who made their own FLPHG. I know nothing about possible plans for sale to make such a construction. If any available, tell me. 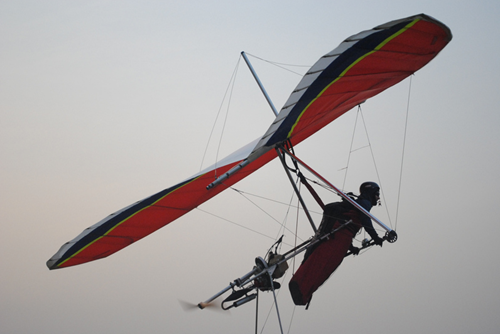 On belly or sit?

It is a personal choice. Both have their advantages and disadvantages.

The seated position takes more wind and is therefore less aerodynamic. Due to the head no longer being up front, it might be that the sensation of the wind becomes different. Might confuse you in the beginning. But, like everything, it is just getting used to. At this point it sounds like seating has only disadvantages. Might sound like that. But ...it has one big advantage. Comfort! You can stay longer in the air because you will not have those neck pains which are known by prone pilots. 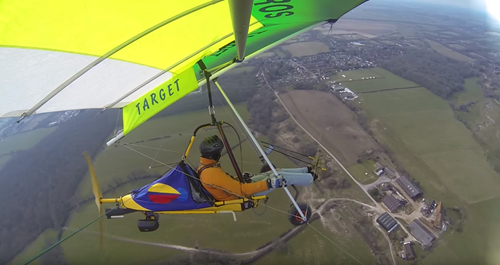 If you want to see which FLPHG are still in production or where to school FLPHG, go see wind-drifter.com. He is specialized in FLPHG.

This last one is not really footlaunched here,
but ...it is footlaunchable. That makes a difference
in some countries in regulations.