My very first steps in aviation were at age 16. I joined with my older brothers a gliding club. We only had a single two-seater glider, the Ka4 Rhonlerche. It was a glider made just after WW2, they told me. Old, but ...good tool to learn to fly. We had fun. I never soloed as i left the club before i was able to solo. Then came a few decades of non-flying. :-/

The video below makes me remind that time. It is not my own video, but i recall the feeling. 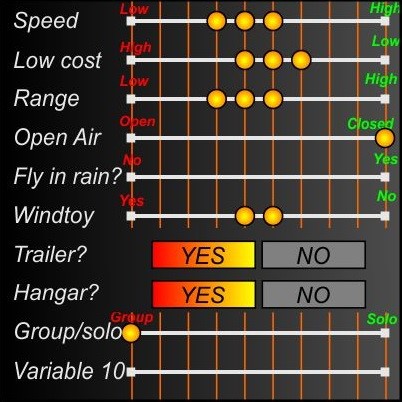 Depending which model you choose, you will get costs from very expensive to insanely expensive. Those prices are for the new ones. But ...there is a very good second hand market for sailplanes. Go see below.

At the gliding club at Beauvechain we have the Belgian Air Cadets also active. They fly two-seater composite gliders. During one of the talks between the instructors they were talking about trips made over Germany and returning to our Belgian airfield. Eh ... range in those sailplanes seems more like a challenge about how many hours you can hold up your water, than it is about performance. Amaaazing!

Noppe, sailplanes are not open air. Like i said before, they are the Rolls-Royce of non-motorzed aviation. Enclosed cockpit. Hardly any wind noise. You can talk to your passenger without raising your voice.

Because i had to experience myself of flying sailplanes in the rain, i asked around. Russell Oakley Winters: "Glide reduces. It vibrates. Stalls earlier. Vision reduces." Mike Howey: "Different gliders behave differently. For many models the performance deteriorates greatly others only slightly. But they all come down usually. Only once in 21years flying did I find lift in a shower. I usually try to land before getting wet."

It becomes very clear to me that you better avoid it. Surely as beginner!

Are you a toy of the wind?

Pilots know there is a thing called turbulences. It is when the wind does things you would not expect in a steady wind. Suddenly you are thrown upwards or pulled downward. Or you get diverted to left or right. And ...you cannot predict it.

Some air-vehicles have not much trouble with those small turbulences. Reason: they are really heavy. They are harder to push around.

Now these sailplanes are no longer lightweights. They need their weight to have high speed. To be able to penetrate the wind, to be able to go fast and far (far is being done by their amazing glide ratio).

I recently (2015) had a passenger flight inside one of the two-seaters of the Air Cadets. They were talking about a rather turbulent flight. I looked totally amazed. It was the smoothest flight i ever had. When compared to flying a hangglider or ultralight sailplane, this smoothness would only be possible in nil wind and nil turbulence. Like i said. Rolls-Royce style. I like it. Cannot afford it.

Yes, you need one. And don't be surprised. Those trailers are looooong. You better be a good driver. 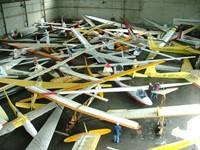 Depends on the type of ultralight sailplane you have. You might dismount the glider and store it in your trailer. But ...mounting each time the wings can be time consuming. I don't know if sailplane pilots do that effort each time to avoid the costs of a hangar.

Non-motorised sailplanes are a group activity. Really. You need somebody to pull you up (winch operator or tow pilot), you need helpers on the group to tow/push you towards the starting point or hook you up. A good sailplane club is a real active group of people. Fun to be part of that. But it demands time. You need to stay longer than one your own flight. Help others to get in the air too. Some days will be non-flying days for you, because you need to help others to get airborne.

Not only new gliders, but also oooold ones

Like i said. I learned to fly a glider in a glider that was 4 decades old. And ...it was fun! Those old gliders are still good gliders. They might not have the same performance as the modern ones, but ...man ...they are still gooooood.

There is a market for secondhand sailplanes. Sometimes you can really buy a good old glider for gooood money. Affordable for most clubs. Sometimes you need to recover the glider to make it look good again. By doing so, you can also inspect the metalwork structure of the fuselage and the woodwork of the wings. And when recovered and repainted you have a real beauty again.

Tip: if it flies, use the oldtimer like he is. Don't underestimate the work of recovering a glider. I made that mistake once. Instead of flying a oldtimer ultralight motorised airplane, a Flying Flea, i decided to recover it and do some nice things to it. I never finished the restoration. Flying Flea is stocked now 90% finished. Be smart and use it as a 100% ready oldtimer.

Belgium (my country) is just next to Germany. In Europe Germany is THE country of sailplanes. Germany has as much glider clubs as Belgium has football clubs. Gliders are everywhere in Germany. If you want to see glider activity, go visit Germany. The pictures below are of a glider club which is specialised in restoring and flying very old gliders. Old gliders, but ...still a looot of fun!

You can see their activity on the Vintage Glider Facebook group. 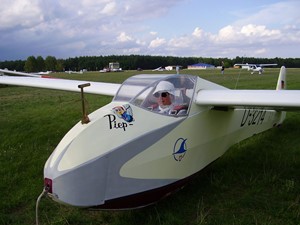 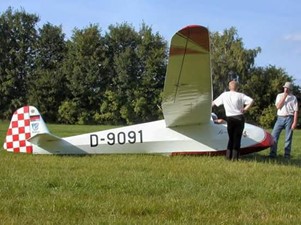 SCHOOLS FOR SAILPLANES IN THE WORLD