The Flair 30 was a follow-up to the Flair design also developed by Günter Rochelt in 1987. 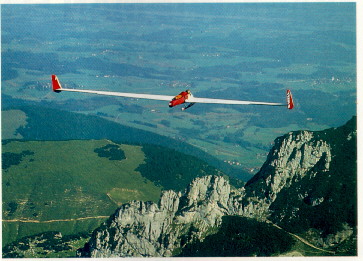 The Flair 30 first flew in 1990. The pilot could launch by foot, then lay prone in a special harness, and finally land on a skid. After extensive test flights, including more than 50 hours logged by test pilot Knut Von Hentig, the prototype was destroyed in a crash at a sailplane club, when the sailplane pilot flying it dove into the ground at high speed from less than 100 m. Control reversal was suspected but unproved. By control reversal, it might have been meant that the downward-pitching effect of sudden flap deployment overrode the pitch-up of the elevons, rather than the usual kind of control reversal that afflict hang glider pilots flying sailplanes, or vice versa.

Brett Snellgrove wrote in November 2005: "I received an email from an associate of the Flair 30 test pilot. He stated the test pilot felt the glide ratio and sink rate was quite poor, worse actually than modern flex wings. The test pilot attributed this, not to the presence of a hole in the LE as suggested earlier, but rather the pilot positioned over the wing disrupting the flow at the center, most important section of the wing."

Some Photos of the Flair 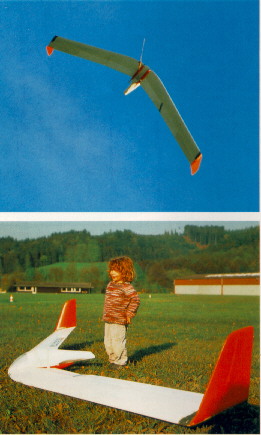 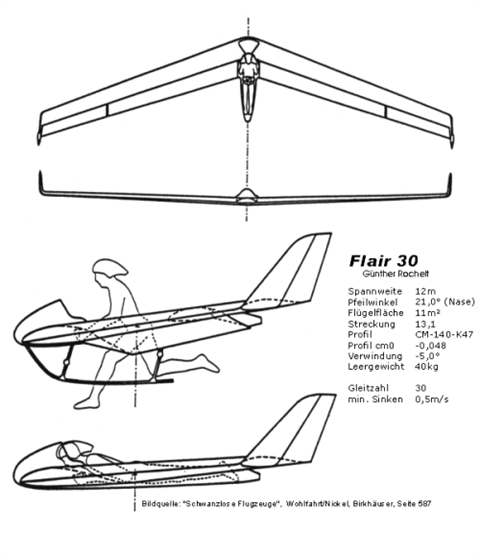 Note: all photos are © 'Drachenflieger' magazine.