The Voyager is a refinement of the Manta Fledgling , with more aerodynamic tip rudders.

Following pictures i got from Robert "Rob" S. Murray

"This is circa 1983 when I was developing prototype #4 which I named Voyager IIB. It was a very good flying wing that out-performed the hang gliders of the day, L/D of around 13 to 1, 160 -170 FPM sink rate. I built it strong enough for aerobatics (loops, barrel rolls, spins). Had several flights approaching 100 miles and altitude gains to over 20,000 ft."

"Here is snap shot of the “improvements” the Voyager IIB incorporated over the Fledgling.  They are substantial, involving increased airframe strength (larger diameter compression members/tubes and double drag wires/cables), smooth leading edge treatment (Mylar), flush wing rib pockets, internal rigging attachments, increased double surface, center section and nose mylar fairings, totally different airfoils (much less reflex but spread over whole span), less wing twist, much less dihedral, added non-movable tip fence for improved sink rate and L/D, uncoated 1 by 19 brace wire/cables for reduce drag and increased load capability (I performed drag measurements on different types/diameters of cable), utilized “cable base tube” for drag reduction with “sliders” for tip rudder control, “screw expanding king-post” which greatly increased airframe rigidity.  The handling was superb which reduced pilot fatigue, also did lots of “on top landings” because I used to fly by myself a lot (no driver).  My Voyager IIB is going to be donated to the Pima Air Museum in Tucson, Arizona, but I can’t let go of it for now, put a lot of myself into it.  Most of the improvements listed, I shared with Rex Miller at Manta who incorporated many into the Fledgling III which came after." 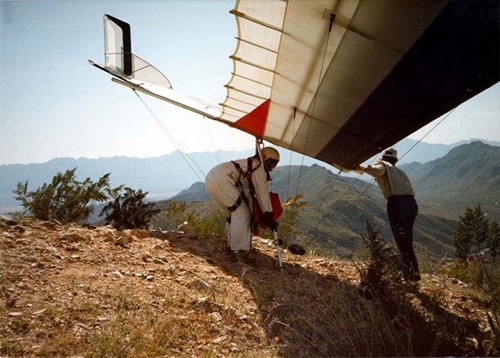 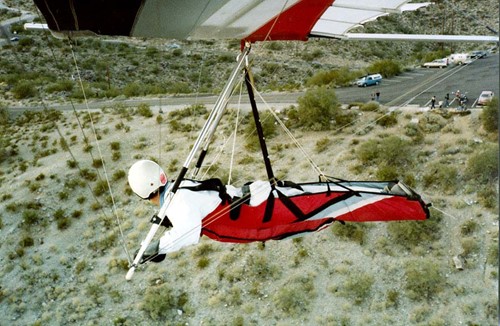 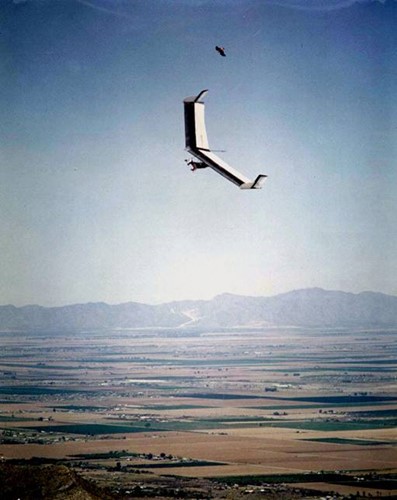