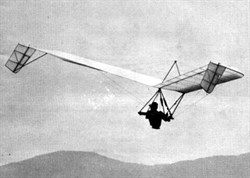 writing in 'Ground Skimmer' 8/73 (thanks to USHGA)

"Since its debut at the third Montgomery Meet, many inquiries have been received regarding the newest member of the Icarus family. We thought that the readers of 'Ground Skimmer' might be interested in recent developments.... Icarus V is a swept, constant-chord, flying-wing monoplane with a 32-foot span and 5-foot chord. Wing area is 160 sq. ft., giving an aspect ratio of 6.4. Construction is of aluminum tubing, cable (3/32") braced, and covered with fabric. The efficient, computer-analysed, high-lift airfoil (TK 7315) has a foam-sheet leading edge formed over aluminum ribs. It was designed with an ultimate load limit in excess of 6g for a 200-lb. pilot. Empty weight is 65 lb. Construction time was about 200 man-hours. It disassembles at the centre-line in about 10-15 minutes for transportation in a car-top box. Assembly time is 15-20 minutes. " 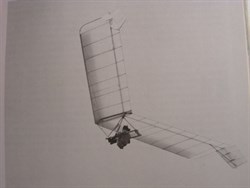 "Control is by the same system used in earlier Icari: pitch control is by body weight shift on parallel bars (pilot on swing seat), lateral control is through the individually controlled tip rudders. Deflecting a rudder causes the craft to yaw, and the combined sweep and dihedral produces strong roll response. Thanks to the 20° sweep and the 7° geometric twist for washout, the "five" cannot be stalled accidentally, and pitch stability is astounding! With a glide ratio around 10:1, landing in a small area could present something of a problem. This has been addressed by simultaneously deflecting both tip rudders, thus using them as dive brakes. The resulting drag provides effective glide-path control." 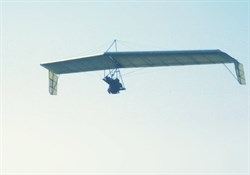 "Unlike most ultralights -- especially those with single-surface sections -- Icarus V can be flown fast without excessive loss of glide ratio, a 'must' for cross-country flying and for penetrating one's way out of tight spots in strong winds near the crests of hills. It is estimated that the "five" can be flown at 45 mi/h when nosed down and it will still have a better glide ratio than a standard Rogallo flying at its best L/D. At the slow end, Icarus V can fly at 16 mi/h with sinking speeds around 1 m/s (180 ft/min)."

"Whatever happened to Icarus III and IV? They never got past the drawing board stage when it was decided to concentrate on the "five" instead. The IV may some day see the light of day, depending on the continued interest of biplane buffs. The many requests for plans will have to wait until after the designer and chief draftsman can take enough time from their respective full-time duties to draw up a set, but it shouldn't be too long before the skies around Elsinore are filled with foot-launched gliders setting out on 50-km cross-country thermal flights!"

Please help me to identify the people on these pictures. 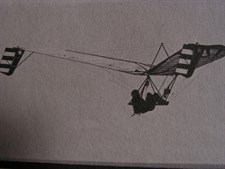 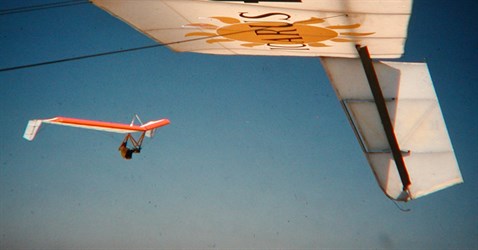 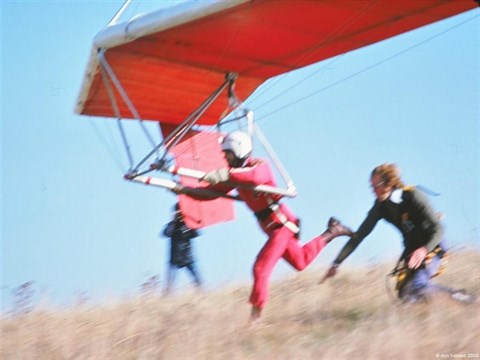 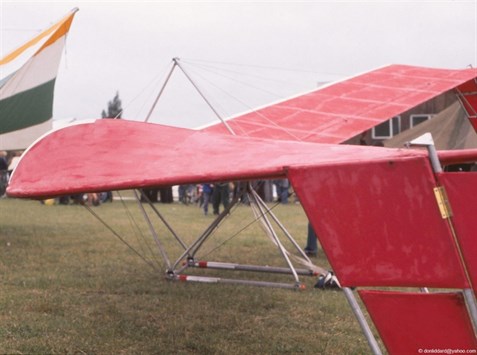 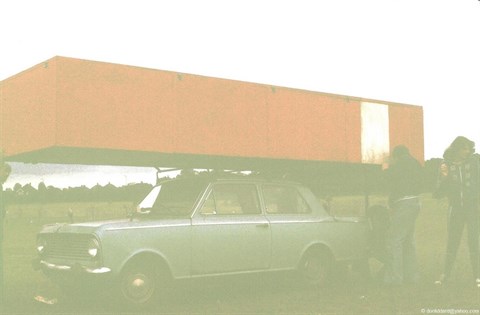 Probably the way the Icarus was transported on top of a car. Swift uses this system too, but it has a thinner cage. 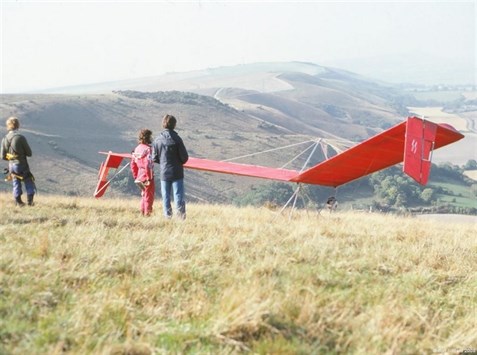 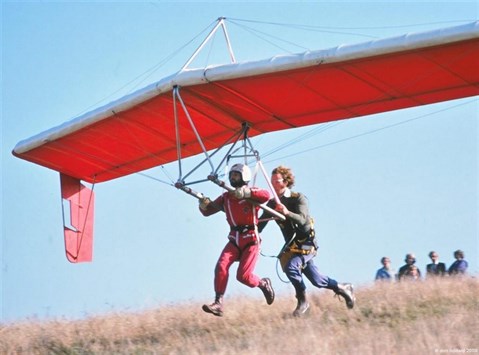 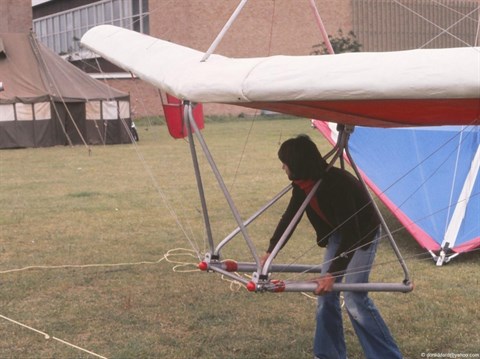 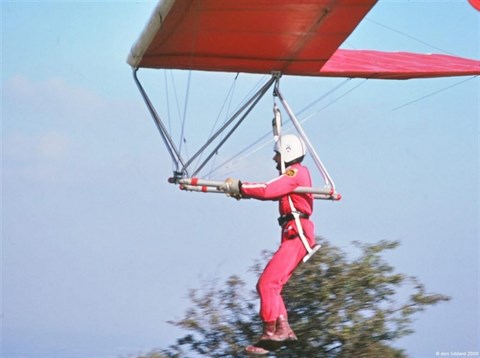 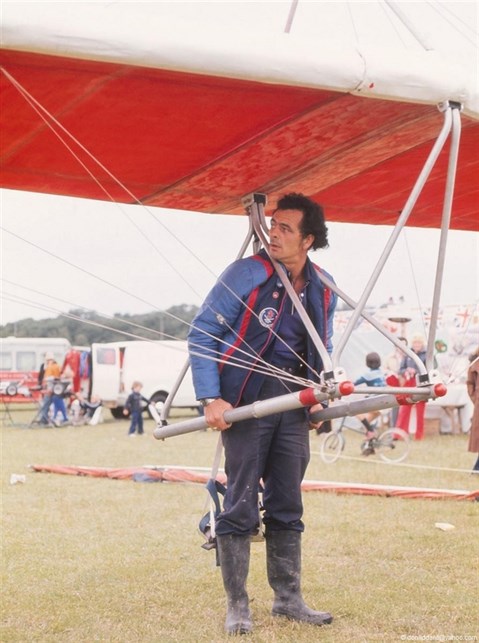 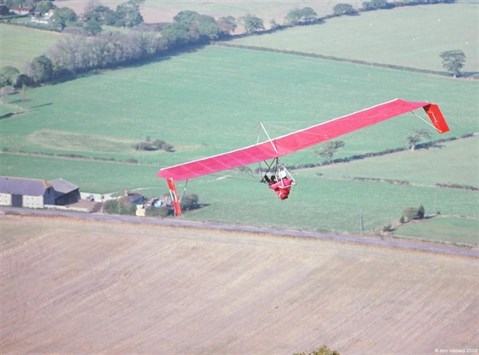 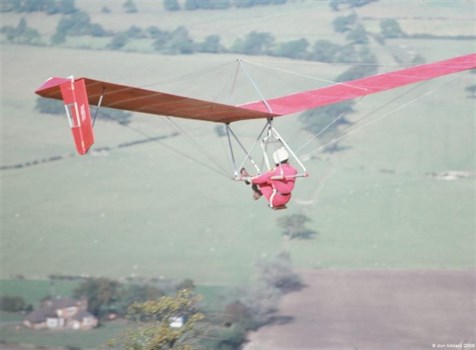