This ultralight sailplane has a interesting story. It started several decades ago. Was sold as plans. But ...none flew. It was only in 2000 that a group in Spain made their own version of the Compact 110. That one flew and flew good.

There is no more trace of Bill Spencer to be found. So ...don't send your money anymore to the later mentioned address!

It started with incomplete plans by Bill Spencer

The old website of Stewart Midwinter had this info from another site:

"Compact 110
$1,200 Homebuilt Glider
Bill Spencer designed and built a low cost glider aimed at the "lazy day soaring" crowd. It was interesting enough to be reviewed twice in Kitplanes. 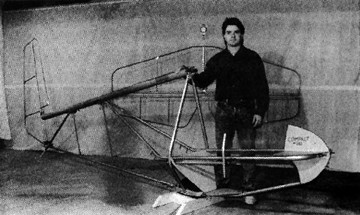 The magazine said "The...Compact is superb because it is quite light and is intended to serve one purpose very well. The Compact is, as Spencer has tagged it, a Superlight-class sailplane."

To be really interested in this aircraft, you also need to be under 200 pounds, frugal (to the point of being cheap...or really poor, as I am), and be willing, as one of my friends says so well, to "strap your 200 pound ass into a 100 pound lawn chair and fling yourself into the wind!"

On to the Technical stuff: You see Bill and the fuselage which weighs only 29 pounds total. It is built of pop-riveted aluminum tubes and a plywood seat. 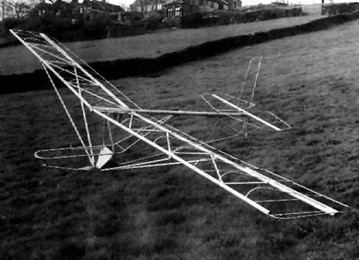 This is the complete skeleton of the aircraft showing the simplified all-tubing wing option. A D-tube structure is also included in the design.

One last picture showing a closeup of the cockpit area. Pretty simple, huh? You could build this! Click here for a

The Compact 110 is designed for foot launching from a gentle slope into a steady wind. Essentially, the pilot stands in the cockpit, picks it up, and runs down the slope into the wind until the seat picks the pilot up! 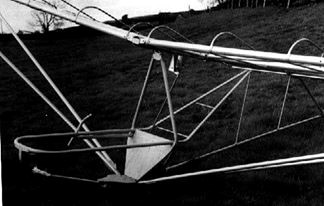 There is much more info in the package Bill Spencer sends to you. Please write to me with your comments on this page or the info pack and (PLEASE!) if you are building this
aircraft. You can get a whole info pack from the designer for $10. (Send him $11 and tell
him to apply the extra dollar toward payment for my plan set!) His address is :
Bill Spencer
20 Stones Drive
Ripponden
Sowerby Bridge, West Yorkshire
England HX6 4NY"

"John Gallagher asked about the Compact 110 and its resemblence to the Superfloater. I spent the $99 bucks for the Compact 110 construction notes and was underwhelmed. The drawings were essentially sketches and the construction techniques looked like they would require some significant structural testing before flight. To be sure, Bill Spencer makes no claim for the airworthiness of the proposed design.

Having seen and flown the Superfloater, I can tell you that it is a well thought out and constructed ship. The detail fittings and machined parts on it are truely superb. My only wish is that they would kit it, instead of selling only the full up glider. It is a sweet flying machine!
Mike Hostage
Pioneer IID (N125MH)
hijackgmh@aol.com"

Thanks to my request for more info about a picture i saw of a flying Compact 110, i got in contact with Diego Andrada.

Well, here it is. I got these pictures from the aeroclub de Caceres. So ...it did actually fly. Great!

But ...i got word from the guys, who built this glider in 2000, that the plans were incomplete. They had to change a lot to get it flying and easier to assemble. The glider was towed by trike and car. Many pilots used it and it was a joy to fly. There were no problems.

Diego Andrada also wrote: "In 2015, a new law for gliders in Spain state that gliders up to 80 kg do not need license or registration, so it is a new era in Spain in which such gliders will be successful.

Before it was impossible, only isolated people like me could do it.

Bill Spencer designed 2 types of wings, and now we are building another type of wing, with a D tube, less span but stronger +5-3."

So ...Mike Hostage was right. Don't buy the plans. They are not usable. 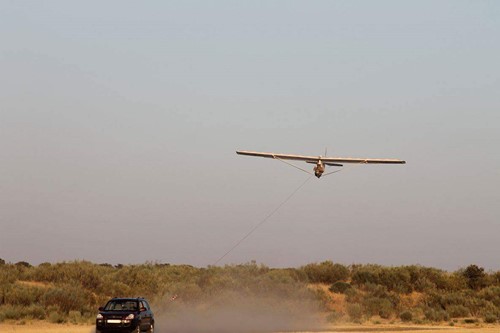 The following pictures are stills of this video and its second part. 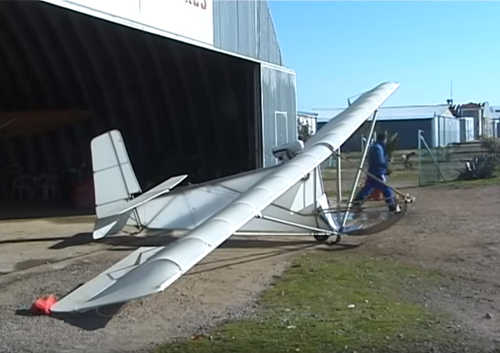 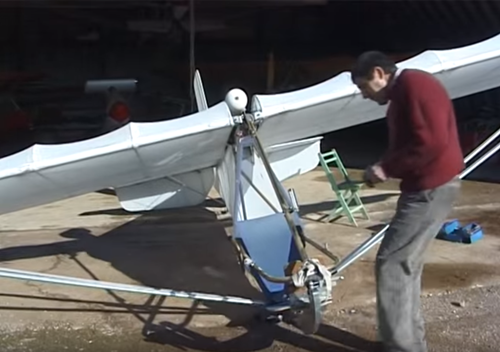 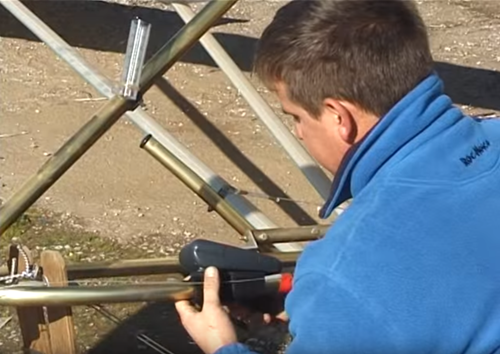 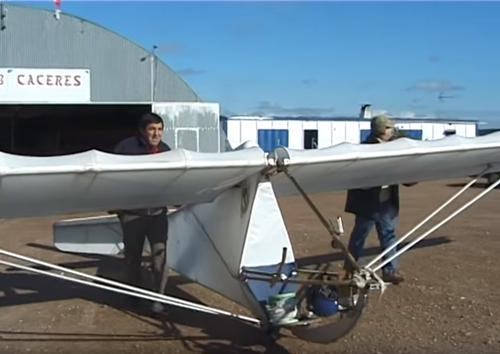 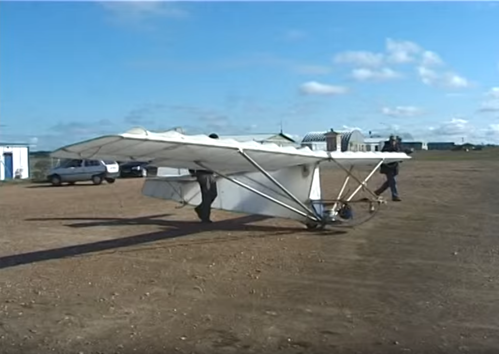 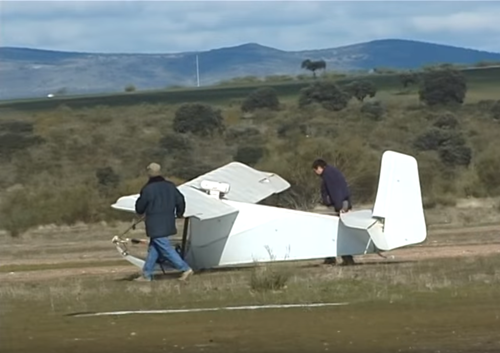 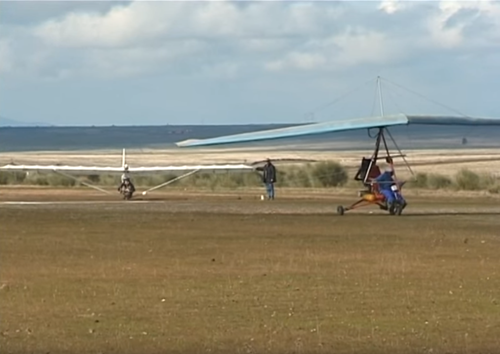 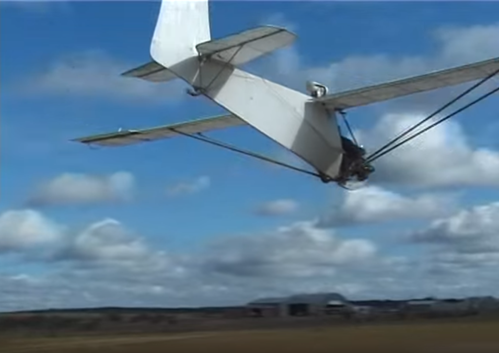 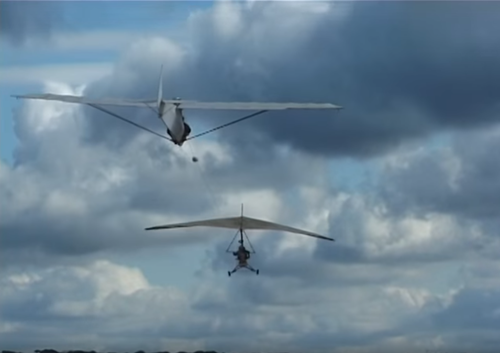 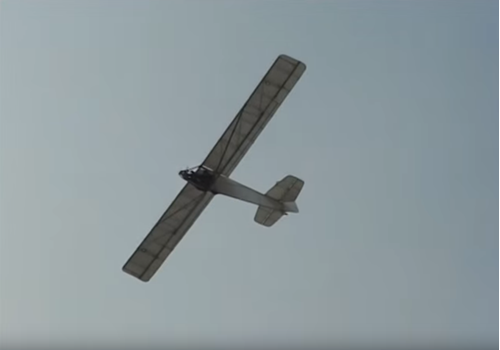 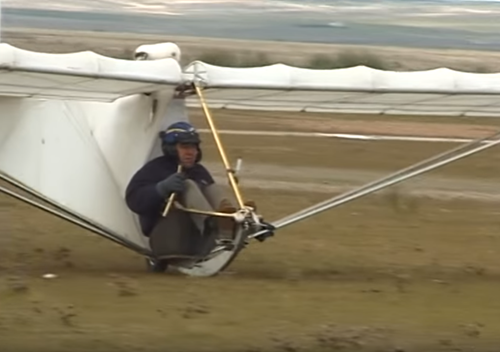 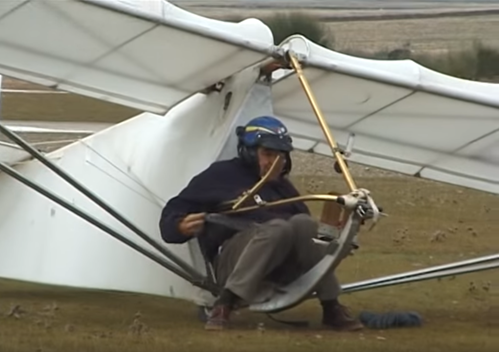 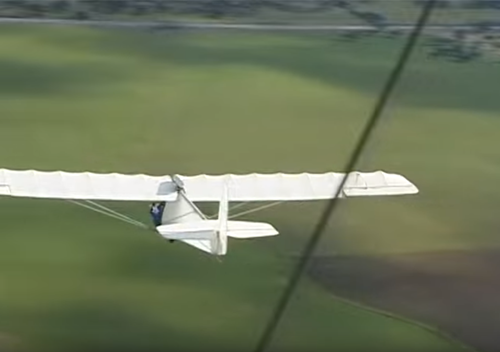 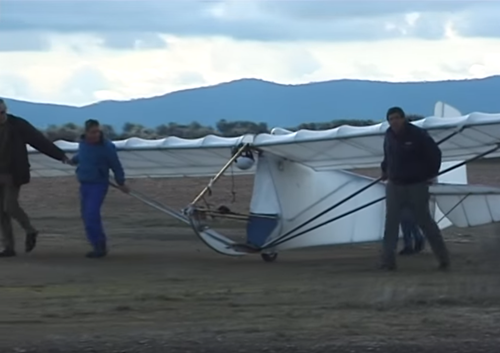 I got the following pictures thanks to Diego Andrada. 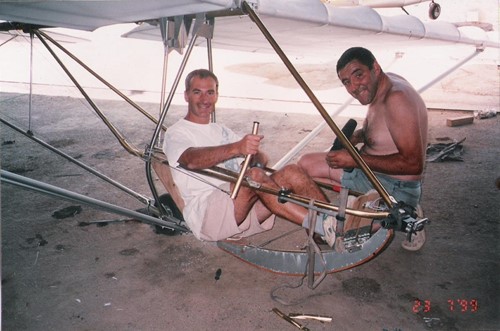 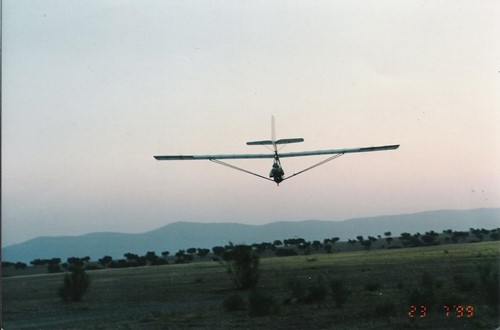 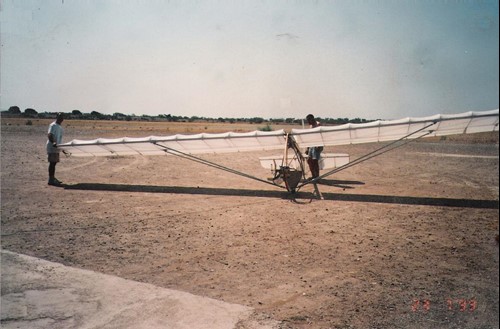 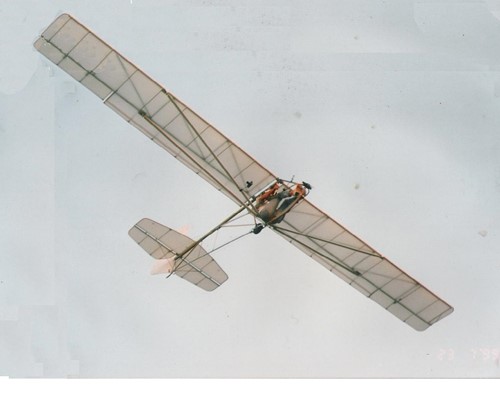 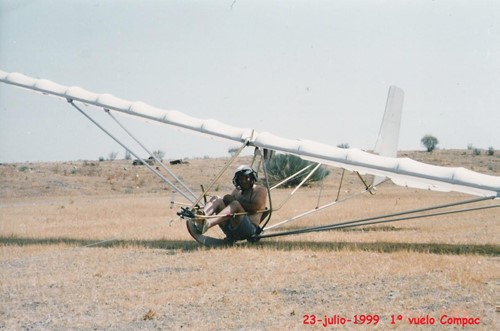 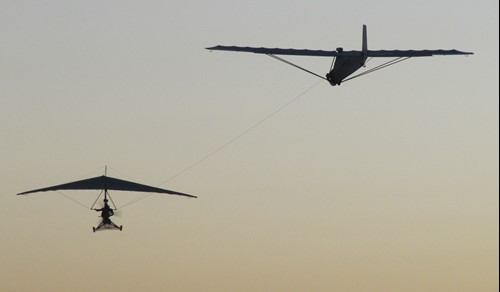 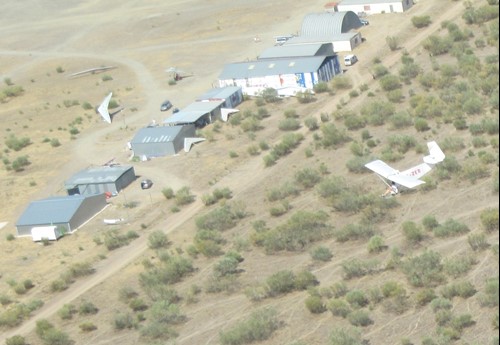 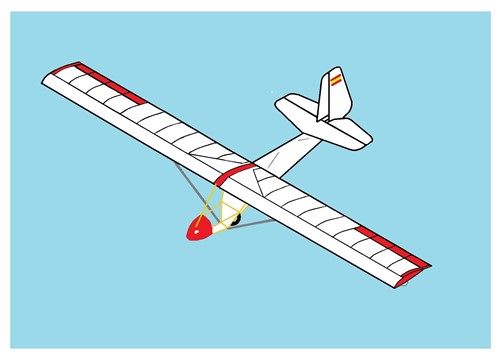 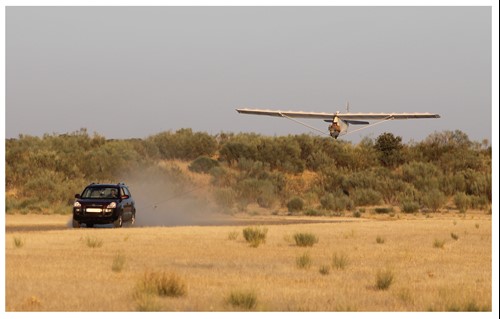 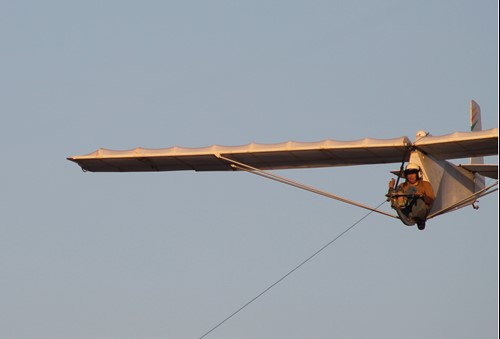 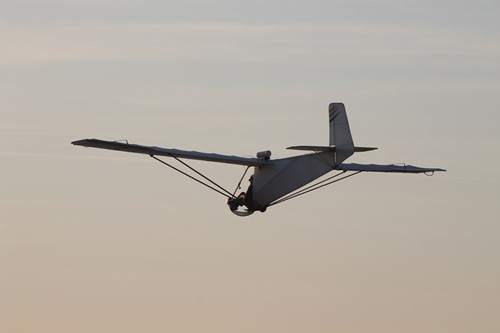