Frank contacted me and offered some info about his one-off, the Skysail.

"The ridged all wing design was higher performance than any other HG at the time but I had no interest in promoting it, other than selling (for $2) flying model plans that someone could use to scale up to the full size version. I didn’t want the liability of selling plans for the full size glider, that I was flying.

I’ve attached one picture of the wing with a friend flying. It’s a good shot for showing the general construction design. The airfoil at the tips was inverted to reduce the amount of physical twist need for pitch stability. This was 1974 and by that time I had changed from a triangle control bar to a parallel bar system for ease of ground handling." 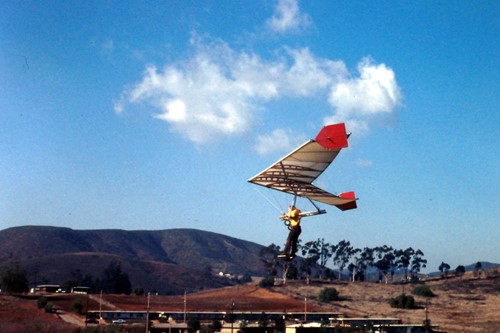 I found a old writing of Frank in the forum of US Hawks Hang Gliding Association.

"My son Matt and his friend Ernest Feher built the bamboo and plastic glider (R Miller's Bamboo Bomber) that was at the 1st Otto meet (Matt in photo #4). After the meet I started designing my Skysail with inspiration from Richard Miller's Conduit Condor. After testing a scale model (which I still have) actual construction on the Skysail started on November 5, 1971 and the wing was taken to the field for the first time on January 22 of 1972. I sold many copies of plans for a model of the Skysail but never for the full size version, due to liability worries. If someone scaled it up that was their choice.

After I quit flying the Skysail it was donated to the San Diego Aerospace Museum where it burned up in the fire that destroyed the museum.  :( "

More pictures of the Skysail 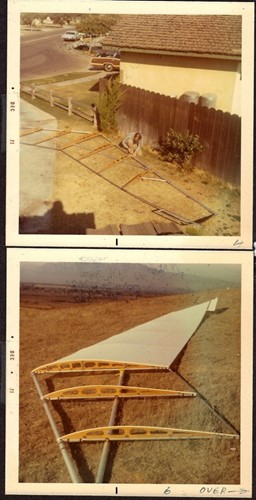 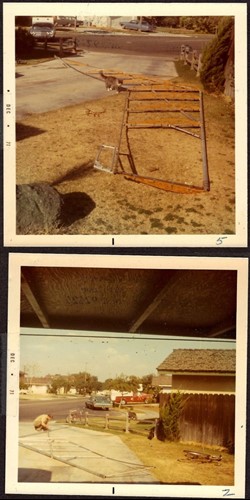 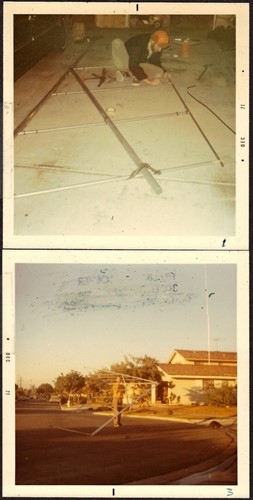 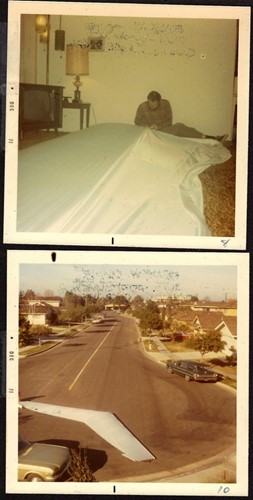 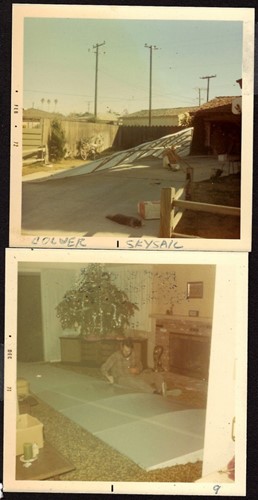 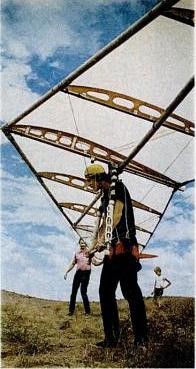 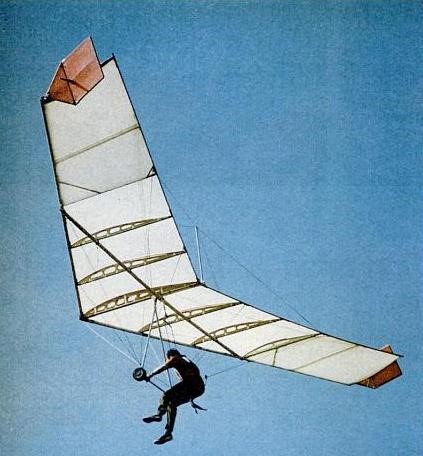 Look at 31:10 of this long, nice video about the roots of hanggliding.